"To make our new utopia efficient, clean and viable, it is necessary to harbour a culture that is experimental in a fundamental sense." 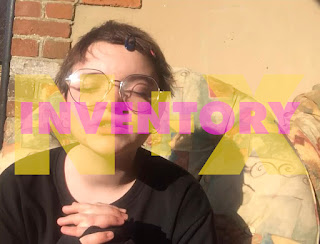 Join Ergo Phizmiz and Friends in an hallucinogenic, uncategorisable work of intermedia art, which uses Gilbert & Sullivan’s The Mikado as a springboard for investigations and conjectures about art past, present and, most vitally, future. Taking a heads up from the great Polish avant-garde artist Stefan Themerson and his idea of “semantic opera” – opera where the focus is on comprehensions of words, not music – The Dimbola Mikado is an immense patchwork of themes, ideas, possibilities and conversations across the strange lines that tie together our histories. 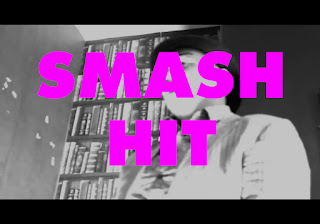 Originally intended as a theatrical performance and exhibition, to be presented in Dimbola Lodge - former home of Victorian photographic pioneer Julia Margaret Cameron - the Coronavirus lockdown led our erstwhile artistic explorers into reimagining the work in a quarantined world, with all actors performing their parts from their respective isolations. The entirety of the recording, composition and production of this piece has taken place under lockdown, in an attempt to create a genuine "Theatre of Quarantine" - not a film, but a unique internet artwork related to opera, installation, meme culture, radio, and documentary. 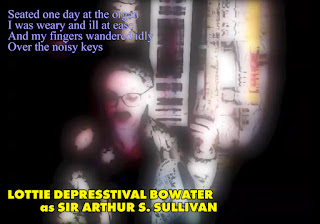 Taking place online in the form of a 2.5 hour intermedia audio-visual feast, a virtual exhibition of collage and digital artworks, and an album of choice musical cuts from the piece, The Dimbola Mikado attempts to look into a bright new future with new forms and endless surprises, using the intersections of methods and technologies to create a piece of truly 21st century art unlike anything you have seen or heard before.

Ergo Phizmiz is the stage name of the artist, composer, collagist and writer Dominic Robertson who, over the past twenty years has created a body of work unparalleled in scale by any other living artist, somewhere in the region of 400 hours of released work. Across radioplays, opera, pop albums, electronic music, installations, film, television, animation, performance and visual art, they have consistently innovated and expanded their practice, gaining international recognition and a reputation as one of today's true creative experimentalists. Iain Chamber's documentary "The Life and Dreams of Ergo Phizmiz", filmed over ten years of Ergo's life, is released this year.